18 November 2016 – Vasectomy operations on men in Kenya have been live streamed from a theatre in the capital as part a campaign to promote the sterilisation procedure.

At least 150 men booked in for the 20-minute procedure which involves severing the tubes that carry sperm.

Doctors performed the vasectomies on stage behind a curtain at the Kenyan National Theatre in Nairobi.

Kenyan men considering a vasectomy often fear the stigma of being seen as having lost their masculinity.

The World Vasectomy Day organisation was behind the event, which was broadcast on Facebook and included a panel of experts discussing “the myths and misconceptions about vasectomy”.

Campaigners reiterated that it was a safe form of family planning and why it was important in terms of “the country and the planet”.

“Many men have this perception that vasectomy causes a man to turn into a woman,” Dr Jack Chang, a Canadian doctor at the event, told the BBC.

“Some men fear that in Africa there’s a high mortality rate so they need to have more children.” 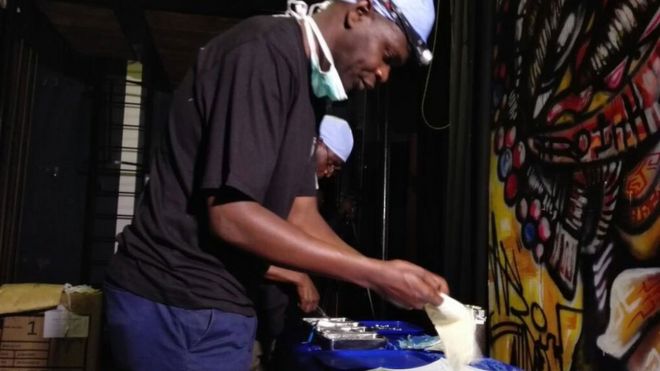 As the doctors operated behind a curtain, a panel of experts discussed family planning

The BBC’s Abdinoor Aden in Nairobi says some of the men who came to have a vasectomy were driven by economic concerns about having a large family.

Others said it was to help their partners.

“The family planning methods my wife was using have had bad effects on her so I opted to go and do vasectomy so that she can be relieved,” one man told the BBC.

What is a vasectomy? 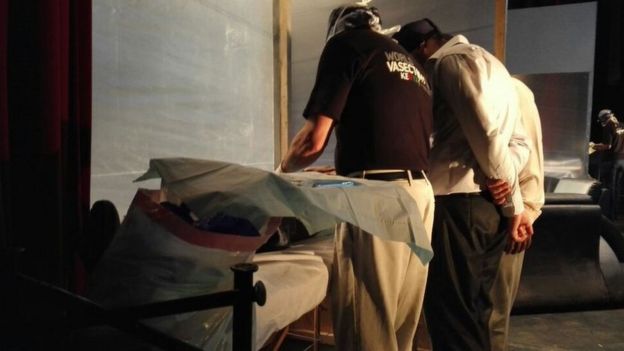 The 20-minute procedure involves blocking the tube that transports sperm

About the Author: Jack Chang

Jack Chang, MD, is a graduate of Yale University and the University of British Columbia Medical School. After completing his postgraduate training in Prince George, BC, he started his career serving rural and remote communities in BC, Yukon, and Nunavut before joining Pollock Clinics in 2014. Dr. Chang is a veteran of multiple No-Scalpel Vasectomy International (NSVI) medical missions, providing free vasectomies in developing countries such as Haiti, Kenya, and the Philippines to alleviate poverty through family planning. Dr. Chang also trains international physicians from around the world as part of the NSVI missions. He performs circumcisions using both the Pollock Technique™ and the Shang Ring technique. Dr Chang trained in China with the developers of the Shang Ring method and directed the licensing of the Shang Ring through Health Canada and performed the first case of Shang Ring circumcision in Canada. He continues to lead the introduction of this adult circumcision method in North America. He is a Clinical Instructor at the University of British Columbia Faculty of Medicine and is actively involved in teaching medical students and residents.